This Safe Use of Abrasive Wheels Course is designed to help workers understand the hazards and safe working practices associated with operating abrasive wheels.

The overall aim is to reduce the risk of harm to workers.

Every year, workers who use abrasive wheels suffer serious injury and harm to health.

NOTE: It is recommended that all users of abrasive wheels also undergo practical training by a competent person on the equipment that they will be using. 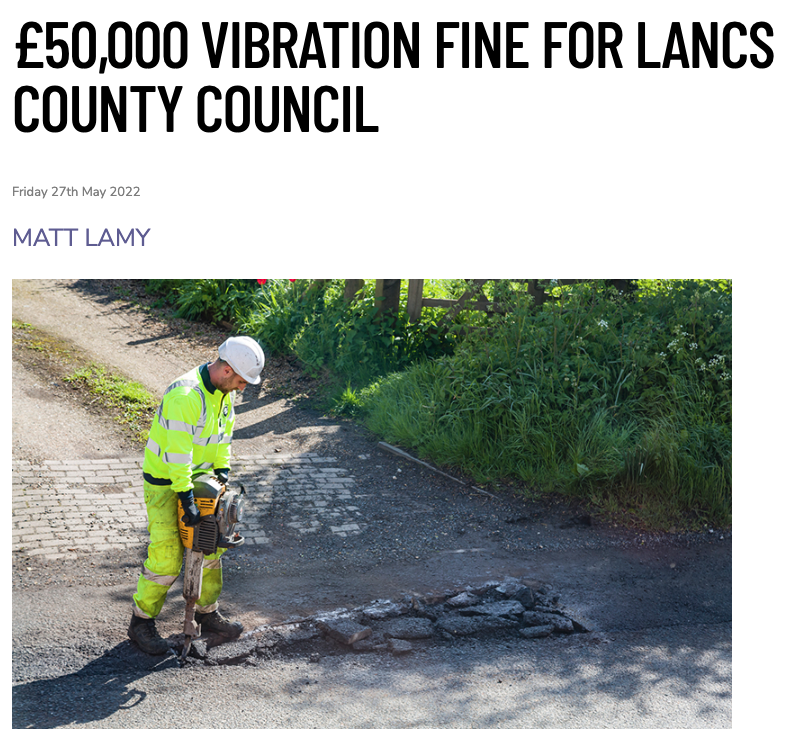 Manchester Magistrates’ Court heard that, in February 2019, HSE received a RIDDOR report from Lancashire County Council, relating to the diagnosis of a case of Hand-Arm Vibration Syndrome (HAVs).

An improvement notice was served, however, a further ten cases of vibration- related ill-health, unrelated to the RIDDOR report, were uncovered and reported late. Four more reports were also filed, but these were on time. 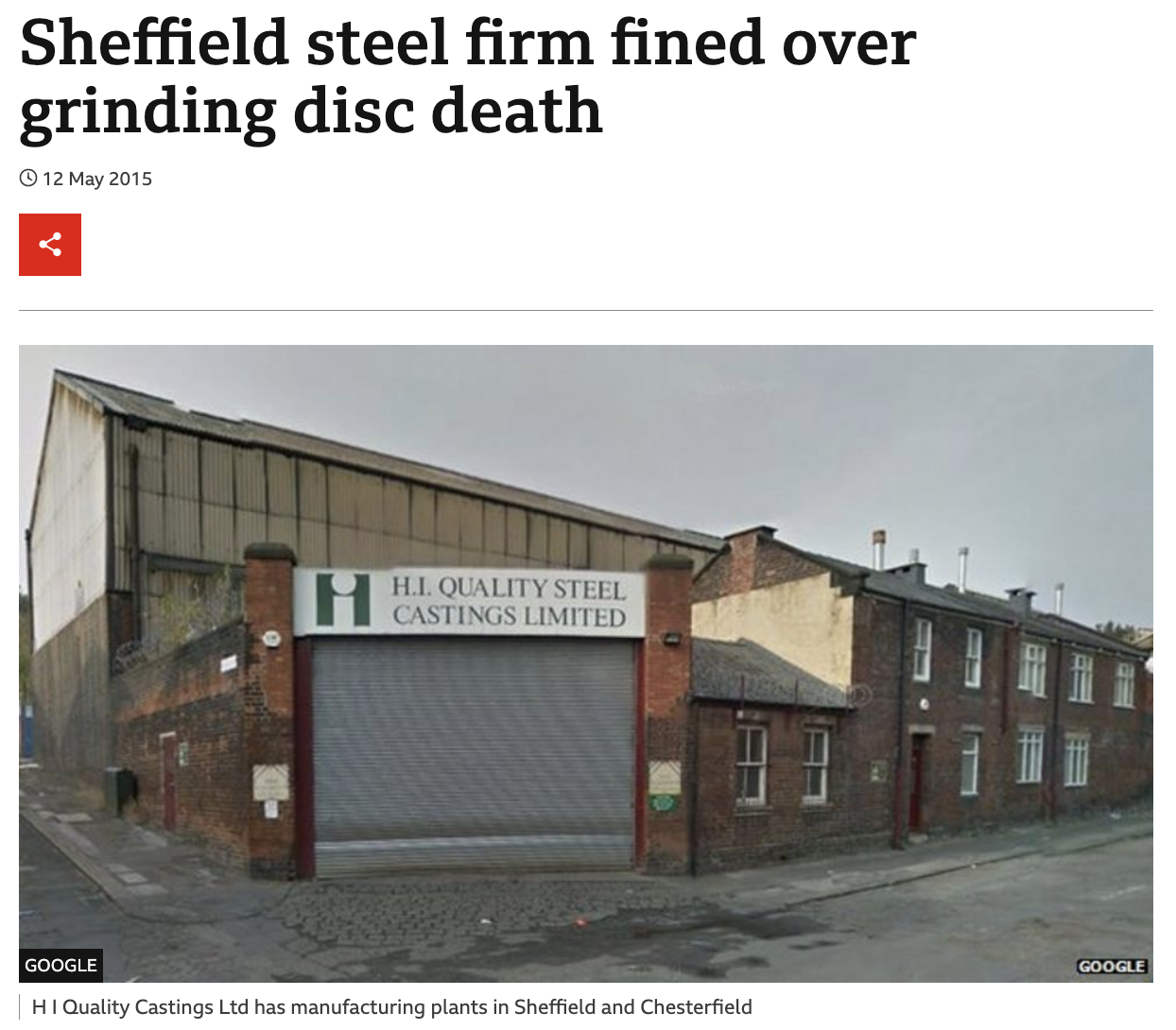 A steel firm was been fined £150,000 over the death of a worker hit in the mouth by fragments of an "unsafe" grinding disc which exploded.

Stuart Stead, 49, from Doncaster, was working at HI Quality Steel Castings Ltd, Sheffield, when he was struck by a shard of metal. Father-of-three Mr Stead died at the scene.

Two colleagues reported hearing a loud bang and saw Mr Stead collapse to the floor. When they ran to his aid they saw the broken visor and part of the disc in Mr Stead's mouth.

A shard went through his visor and hit him in the mouth.

The HSE said the disc was bigger than allowed for an unguarded tool, was attached using "unsafe combinations of parts" and had been running at twice the speed it should have been. The near-misses should have been a big warning flag to the firm that there was a serious risk that a worker could be severely injured or killed."

The Near Misses included:

HSE said despite some initial training in abrasive wheels, employees did not understand rotation speeds of machines versus discs and had free access to a wide variety of them, contributing to the prevalence of unsafe combinations.

The company also failed to monitor disc/grinder use so unsafe practices were not picked up and near miss incidents were not properly investigated.

“The safety of Mr Stead and others was not ensured while using hand-held grinders. If monitoring and supervision had been provided to ensure necessary precautions were followed, this tragic incident would not have happened.

“Employers must make sure that all work involving grinding is assessed for safety to make sure that poor or potentially dangerous practices are removed.”

Everyone who uses or supervises those who work with abrasive wheels has a legal responsibility to manage the associated risks.

No pre-requisite training is required but experience of using abrasive wheels would be advantageous.

This certified online training is ideal for people working in positions such as, but not limited to:

The course is presented by Philip Parry GradIOSH using the PCR Global 'Blackboard'. 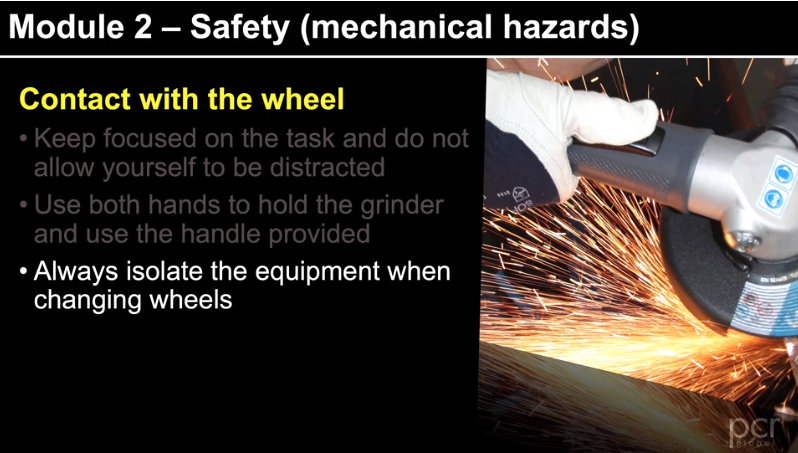 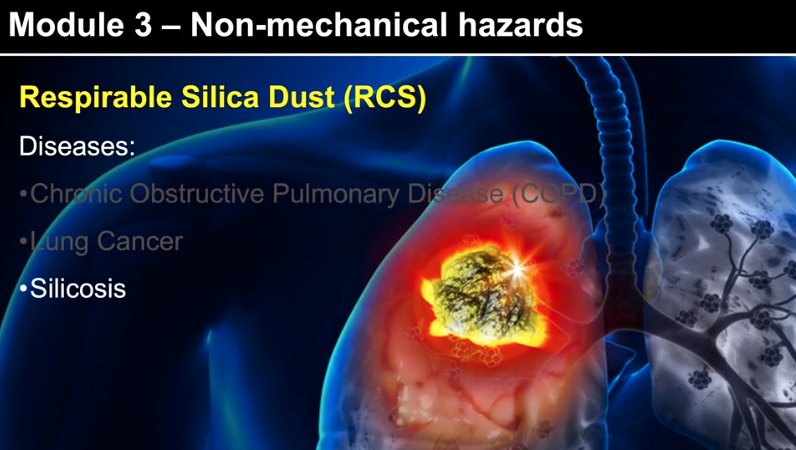 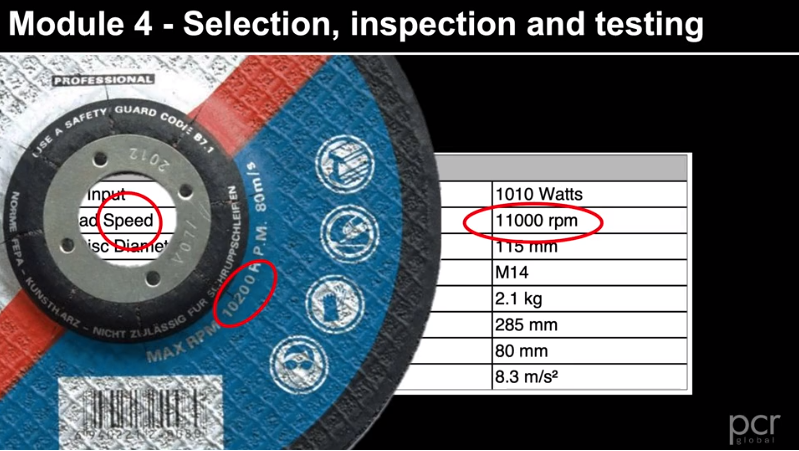 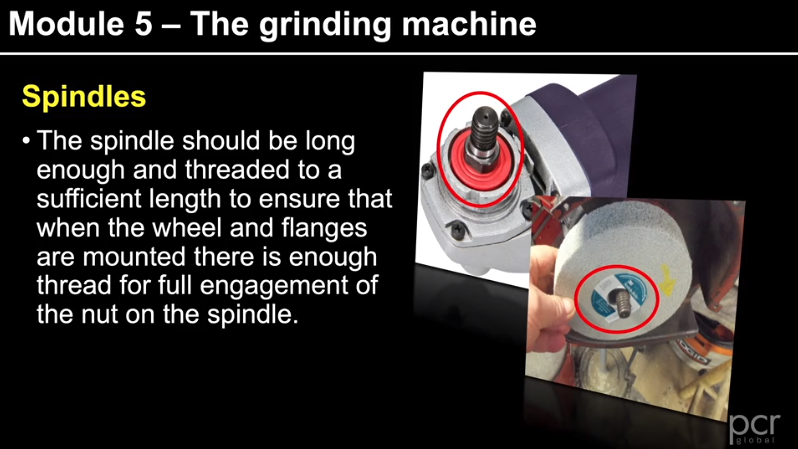 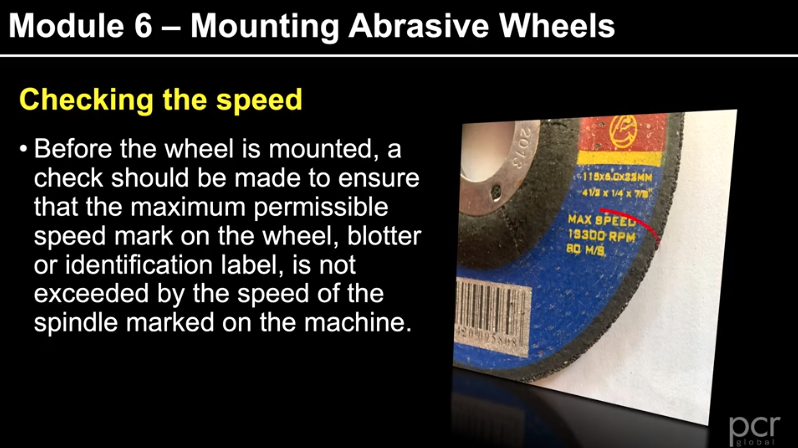 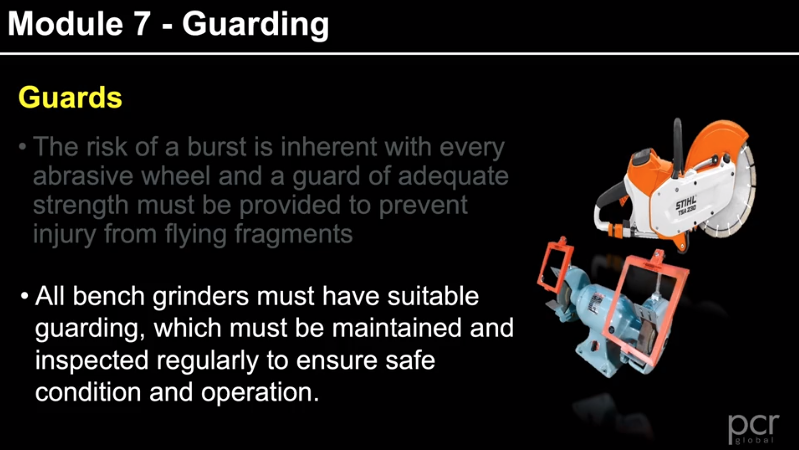 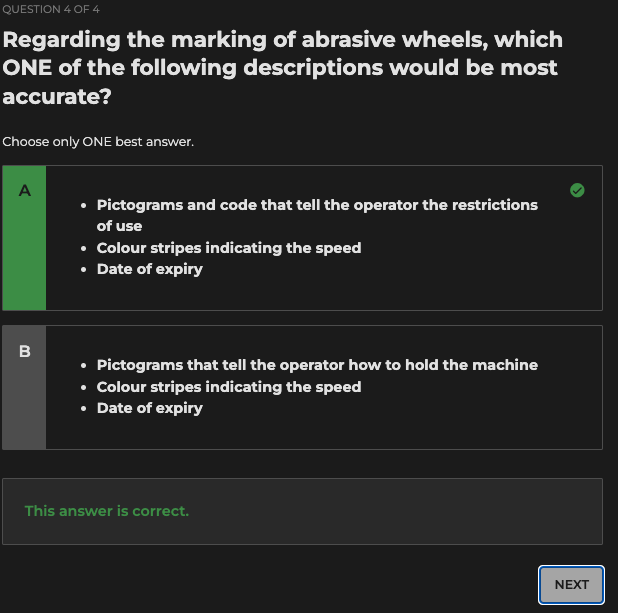 On successful completion you will be able to download your certificate. 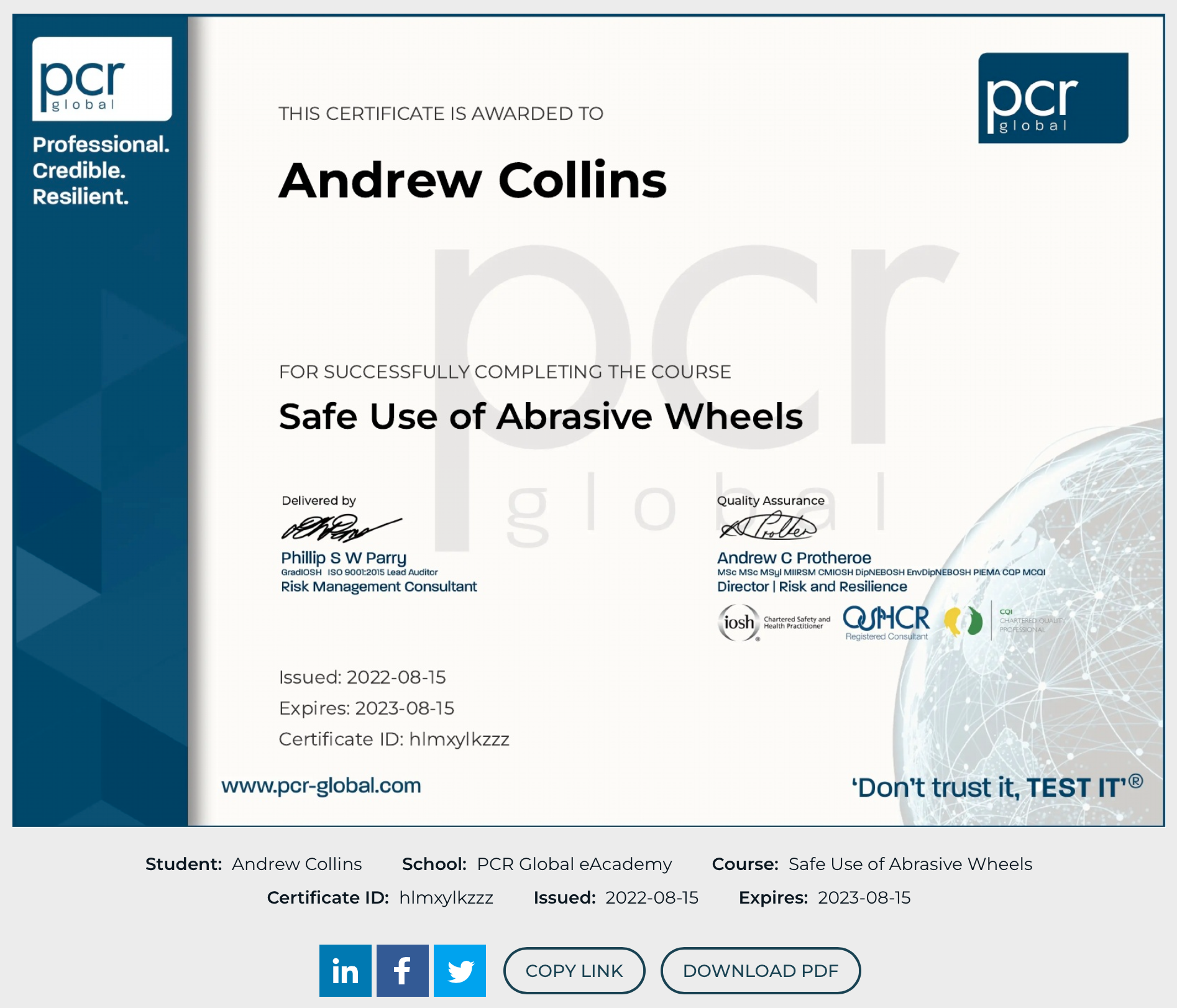 We pride ourselves on the support we provide those who trust us with their learning journey.

At any time during your training you can gain access to technical support for IT or on the subject of Abrasive Wheels itself.

In the first instance, you can email or call Andrew Collins on:

An introduction to your Abrasive Wheels Safety Training Team:

This course is intended to furnish you with the knowledge to understand the risks and identify the control measures with regard to abrasive wheels.

Most people complete this course in around 1hr 10 minutes.

Due to the low cost and speed at which this course can be undertaken, the certificate issued will expire 1 year from the date of successful completion.

For technical support and guidance